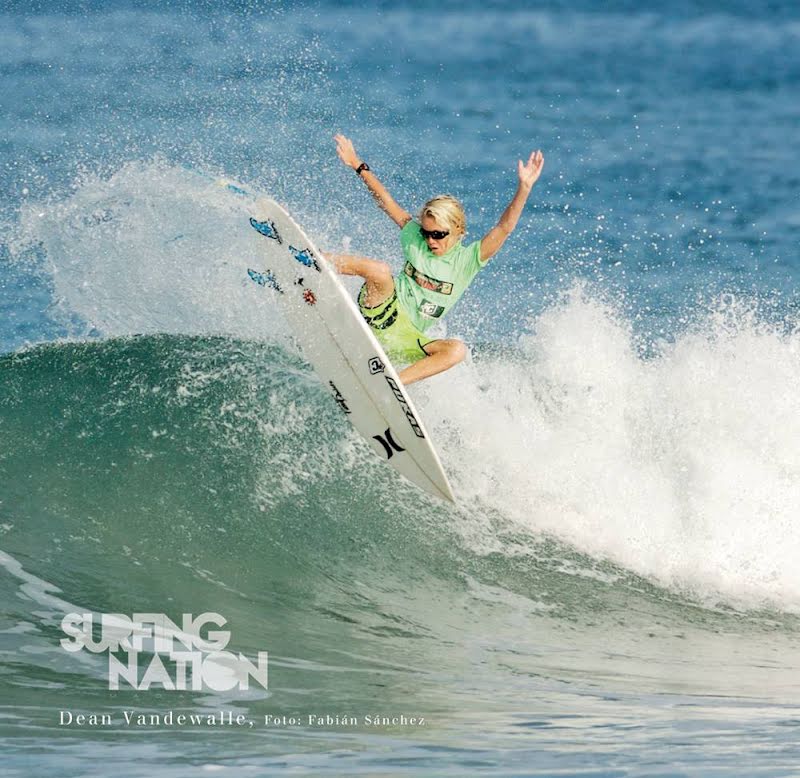 We saw it coming but never as fast as this – The growth that a generation of surfers of 14 years old in Costa Rica has shown – they tell us today about the years of competitive surfing that we can expect from 5 figures that have us accustomed to seeing high points during their heats, and a dreamlike surfing during their freesurf time.

We are speaking of the Tamarindo boys Malakai Martínez and Dean Vandewalle, the Playa Negra boys Aldo Chirinos and Tiago Carrique, and the one that joins them all together, the grommet from Puerto Viejo de Limón, Oscar Urbina.

We have good surfers by the bucket load and in every corner of the country, but the talent and development of their sport in the small amount of time that these boys have done it, stands out such a point that it makes us think of possible future Carlitos Muñoz or Noe Mar McGonagle for 2018 or before.

In competition the 1st to step up were Aldo and Malakai, in 2010 and 2011 respectively; even so it was until 2012 when the points 8.00, 9.00, and even 10.00 that these guys managed, started to be announced on the microphone at the official events where their competitive roots started to grow. A year later, Dean Vandewalle join the club who is younger by a year than the rest of this generation but his level reaches and fights with Martínez and Chirinos. So too, in 2013, appeared the figure of Puerto Viejo de Limón, Oscar Urbina, a grom about whom not much was known, but it was enough upon the arrival of the National Circuit to his learning beach of Cocles, to add more coal to the fire.
And finally, the fifth member of the generation joined in, Tiago Carrique. This grom had already taken his first steps as a mini grom a few years ago, but he returned in 2015 to show the virtues that seal his great style.

The Story that marked them and us

It’s the heat you can’t miss in the championship. If these four surfers (Aldo awaits them in the Sub 16, being a year older), connect with their best levels in each event, there won’t be a person that doesn’t see the final of Tamarindo repeated in the rest of the beaches until the end of the season.

Today they are first, second, third, and fourth in the ranking of sub 14, and have very a narrow point difference between them, due to the number of podiums that each of them has had this season which recently completed its fourth date out of seven.
Only between these 4, they have taken 14 out of 16 possible podiums. Malakai and Tiagoslipped up on the first date’s semifinals, which the next stage of the category, Killian Guerin and Cedrick McCraking made the most of.

Curiously, the best of the division until this stage of the championship has been Oscar Urbina, after winning twice and placing second twice also. Very close behind him is Malakai Martínez, who after his slip up in the first event has redoubled his concentration to win two golds, which puts him in the favourites to win the title.